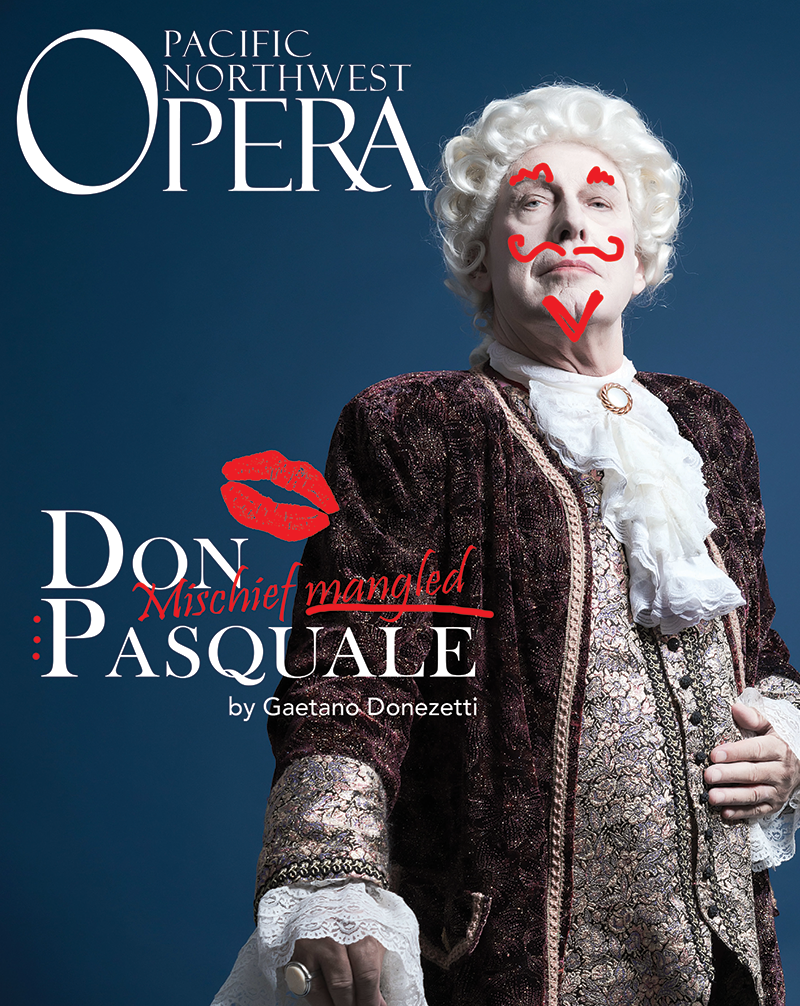 Don Pasquale, Donizetti’s timeless and witty comedy, features a spectacular cast of returning PNO favorites and brings some new voices to our stage.  Norina, a young widow, will be played by Serena Eduljee.  Eduljee’s performance of the doll in Tales of Hoffmann brought down the house and has been viewed more than 15,000 times on Facebook. Norina’s suitor, Ernesto (tenor Isaac Frishman, making his PNO debut) is about to be disinherited by his miserly uncle, Don Pasquale. This title role is to be played by Andy Papas (returning after his most recent PNO appearance, a spectacular performance as the dwarf, Alberich, in PNO’s Ring of the Nibelung). It takes the clever scheming of Dr. Malatesta, performed by Mark Davies (Schaunard in PNO Boheme and Pong in Turandot) to set things right and to teach the old curmudgeon a lesson. Because it is a Donzetti work, resolution requires mistaken identities and all kinds of comic confusion. The conductor will be Metropolitan Opera conductor Gregory Buchalter, making his PNO debut.

In Italian with English supertitles.

FREE - Performance Lecture begins 45 minutes prior to the show. Come early and hear about the performance, history, costumes, and more.